The Cannes Film Festival rolled out the red carpet for the first time in more than two years on Tuesday, launching the French Riviera spectacular with the premiere of Leos Carax’s “Annette,” the introduction of Spike Lee’s jury, and with high hopes for shrugging off a punishing pandemic year for cinema.

The occasion drew a wide spectrum of film luminaries back to Cannes to celebrate the festival, canceled last year due to the COVID-19 virus. Pedro Almodovar, Jessica Chastain, Helen Mirren and Bella Hadid walked the red carpet, which was again lined with tuxedoed photographers and surrounded by eager onlookers.

Hadid, 24, stepped out in a vintage white Jean Paul Gaultier column gown with a black sheer train and halter-neck for the French festival’s opening ceremony. She wore her hair up in a bun and accessorized with glittering Chopard jewelry, including white gold earrings with two pear-shaped diamonds. Gyllenhaal showed off two looks by Celine on the opening day, including a chic black jumpsuit at a photocall earlier in the day, before she changed into a show-stopping silver gown for the evening’s red carpet.

The dazzling, floor-grazing number featured sharp pleating on the skirt, as well as a mid-length cape secured at the neck.

There was also a smattering of offerings from the Middle East when it came to the show-stopping red carpet gowns, with Melita Toscon du Plantier in a sea green, sequined look by Lebanon’s Elie Saab and Dubai-based influencer Farhana Body showing off a larger-than-life canary yellow ballgown by Omani label Atelier Zuhra. Boutella, who recently joined the star-studded cast of upcoming horror pic “Cuckoo,” showed off a punk-style dress by Alexander McQueen at the MTV VMAs.

The all-black look hailed from the fashion label’s Fall/Winter 2021 Ready-to-Wear collection and featured a deep V-shaped neckline, silver zipper details and a thick leather belt at the waist.

The ensemble was put together by celebrity stylist Jen Woodward, who completed the look with chunky high-heeled boots and equally weighty silver jewelry. Boutella most recently worked with Ghrohl on the Foo fighters’ music video for their single “Shame, Shame,” which was released in November 2020.

The “Atomic Blonde” star was tapped by the band to depict an interpretation of a recurring dream that’s haunted the lead singer since his childhood days.

Boutella has decades of dance experience under her belt and has been honing her skills since she was a child.

Born in Bab El-Oued, a bustling neighborhood of Algiers, Boutella started studying ballet aged five. The family fled the Algerian Civil War in 1992 when she was 10 years old and moved to Paris. There, she gravitated towards rhythmic gymnastics, joining the French national team at the age of 18.

She blended her classical ballet training with the physicality of gymnastics and even spent time break-dancing with a dance group called the Vagabond Crew.

Her breakout moment came in 2007, when renowned choreographer Jamie King was searching for a female dancer for a Nike commercial. He came across Boutella’s video submission and snapped her up for the campaign.

Ultimately, she decided to put aside her dancing career to pursue acting. Today, the dancer-turned-actress has a number of Hollywood blockbusters under her belt, including “Fahrenheit 451,” “Atomic Blonde” and “The Mummy,” where she starred alongside Tom Cruise.

Gigi Hadid amazes fans as she walks the Moschino runway 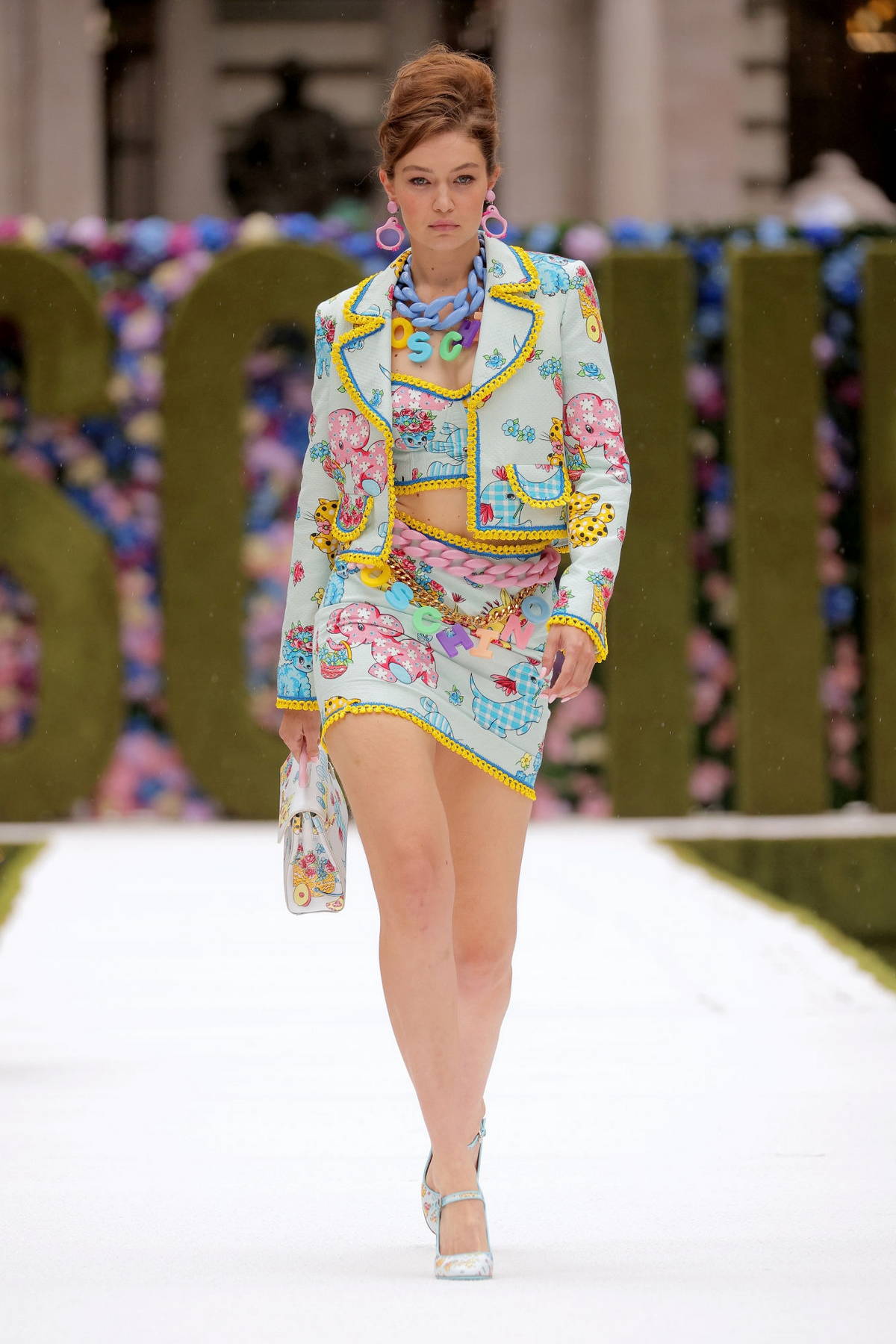 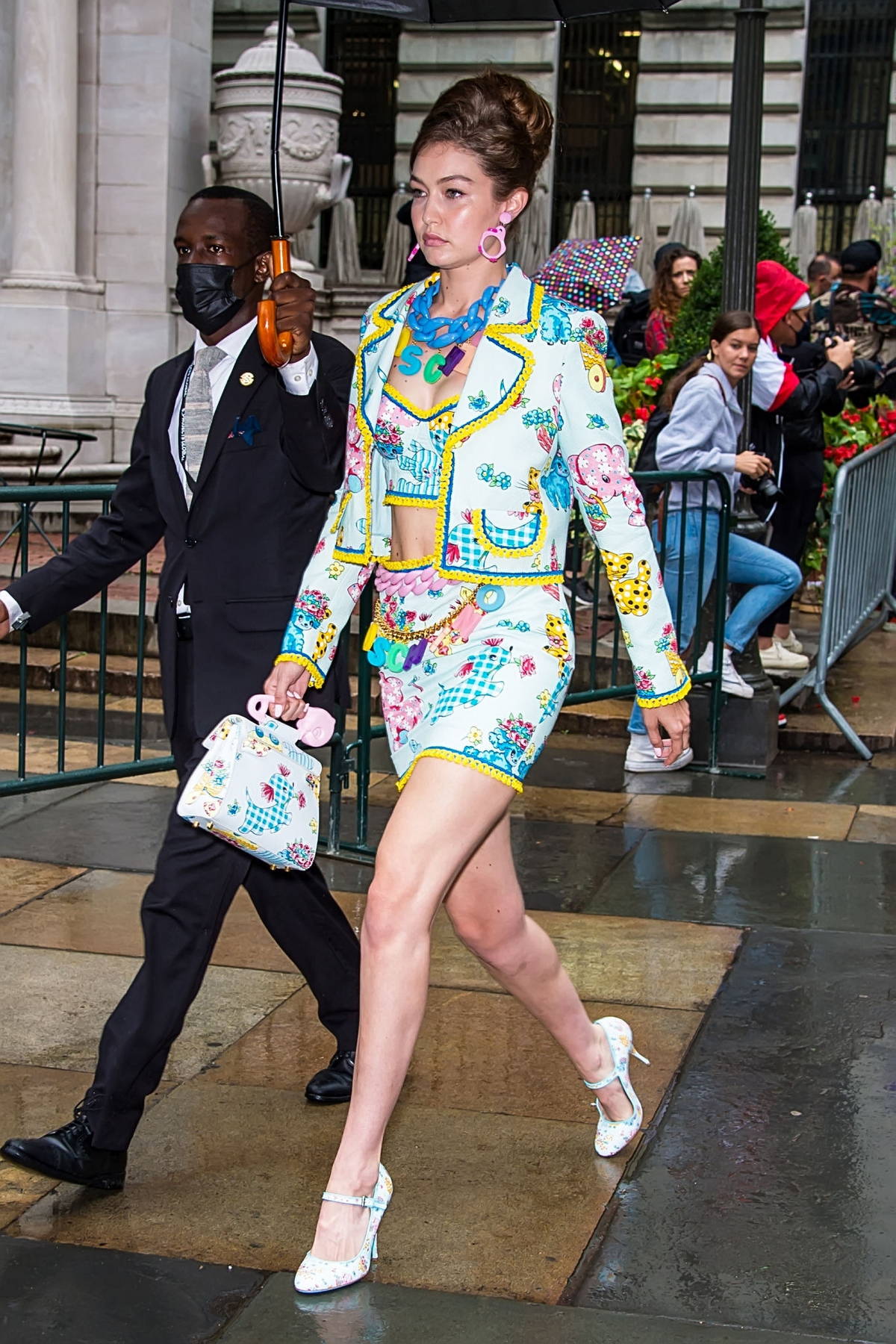 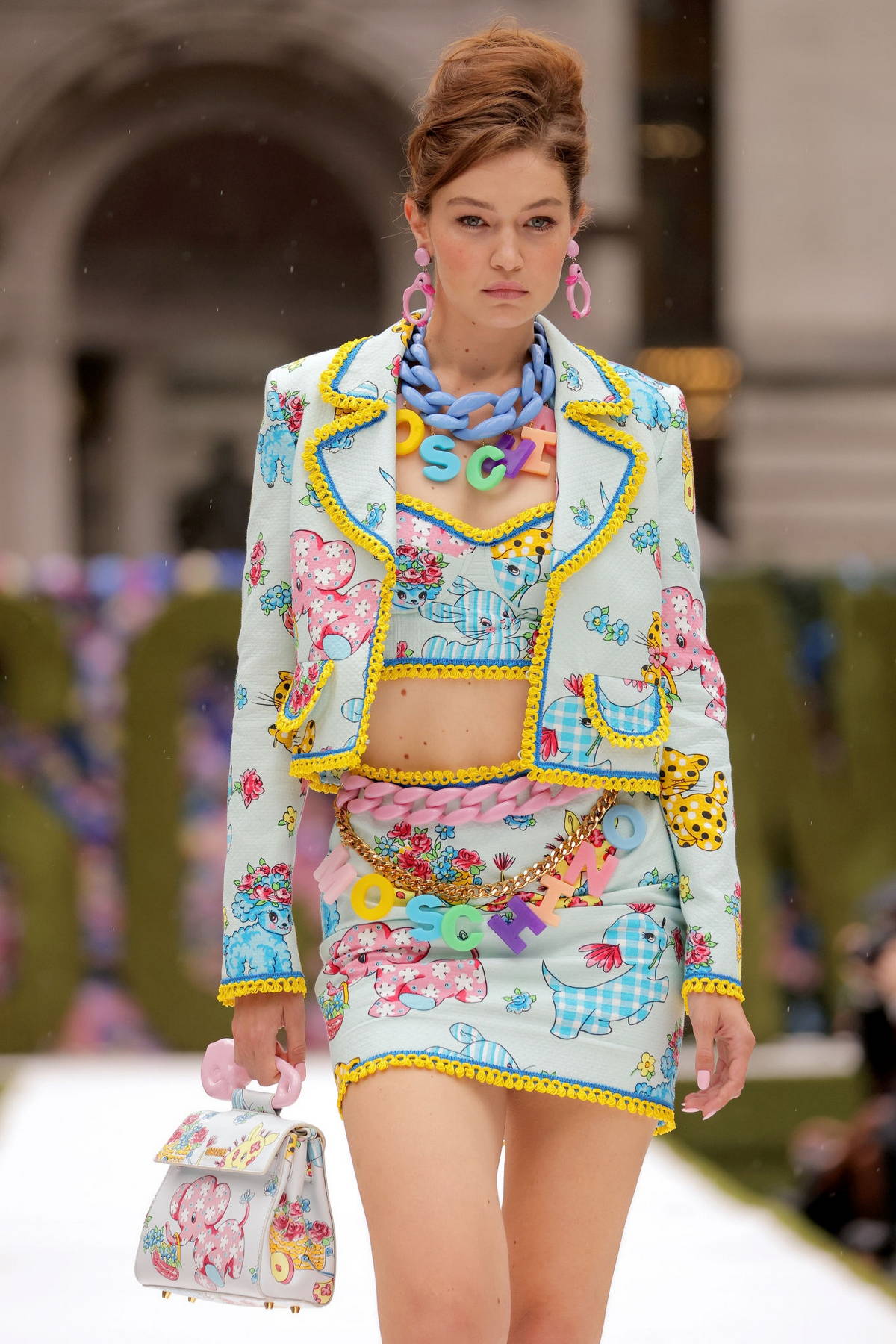 In her second appearance, the supermodel wore a strapless gown printed with friendly cartoon animals, with a thigh-high slit and one statement puff sleeve, paired with yellow heels and a large baby bottle. 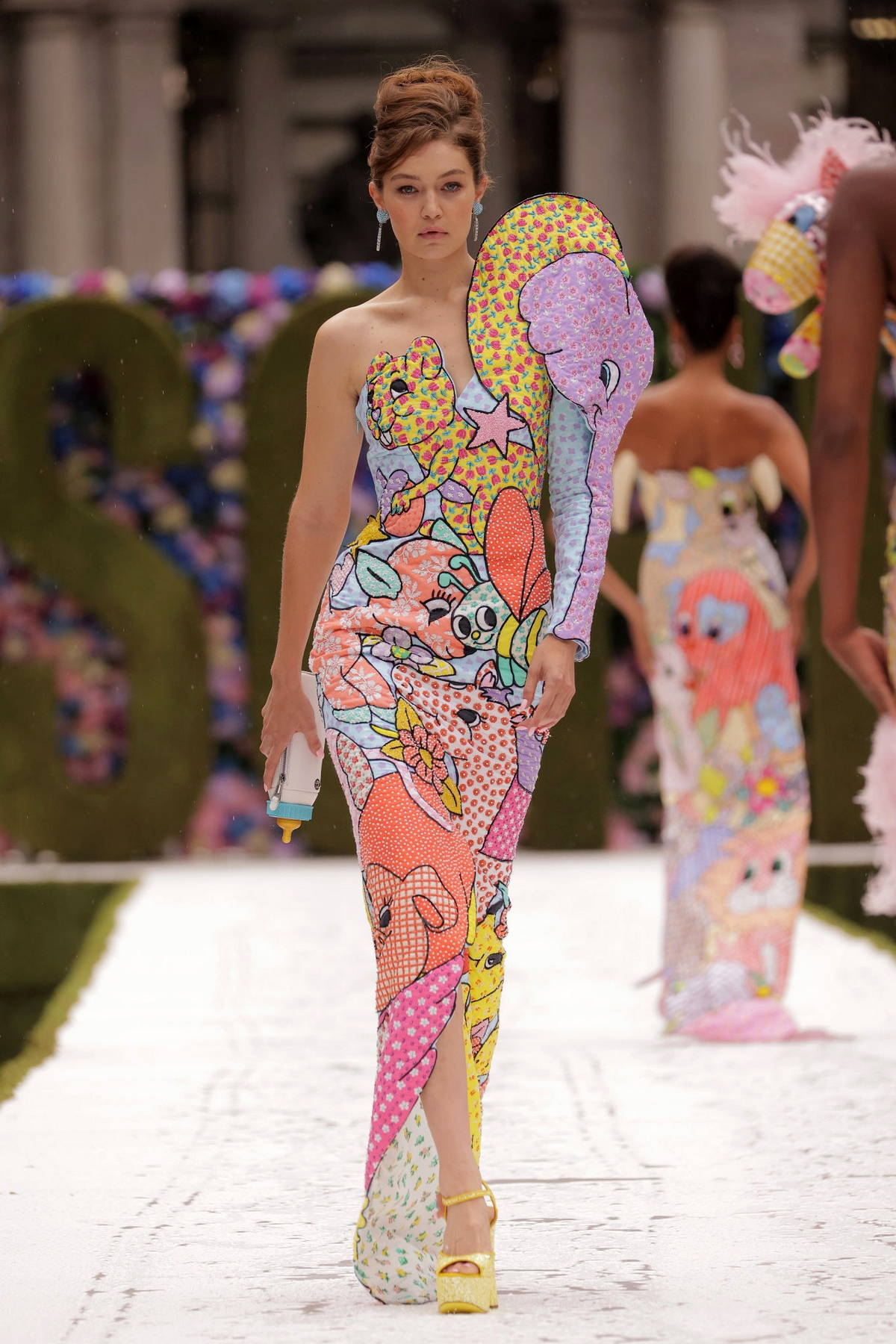 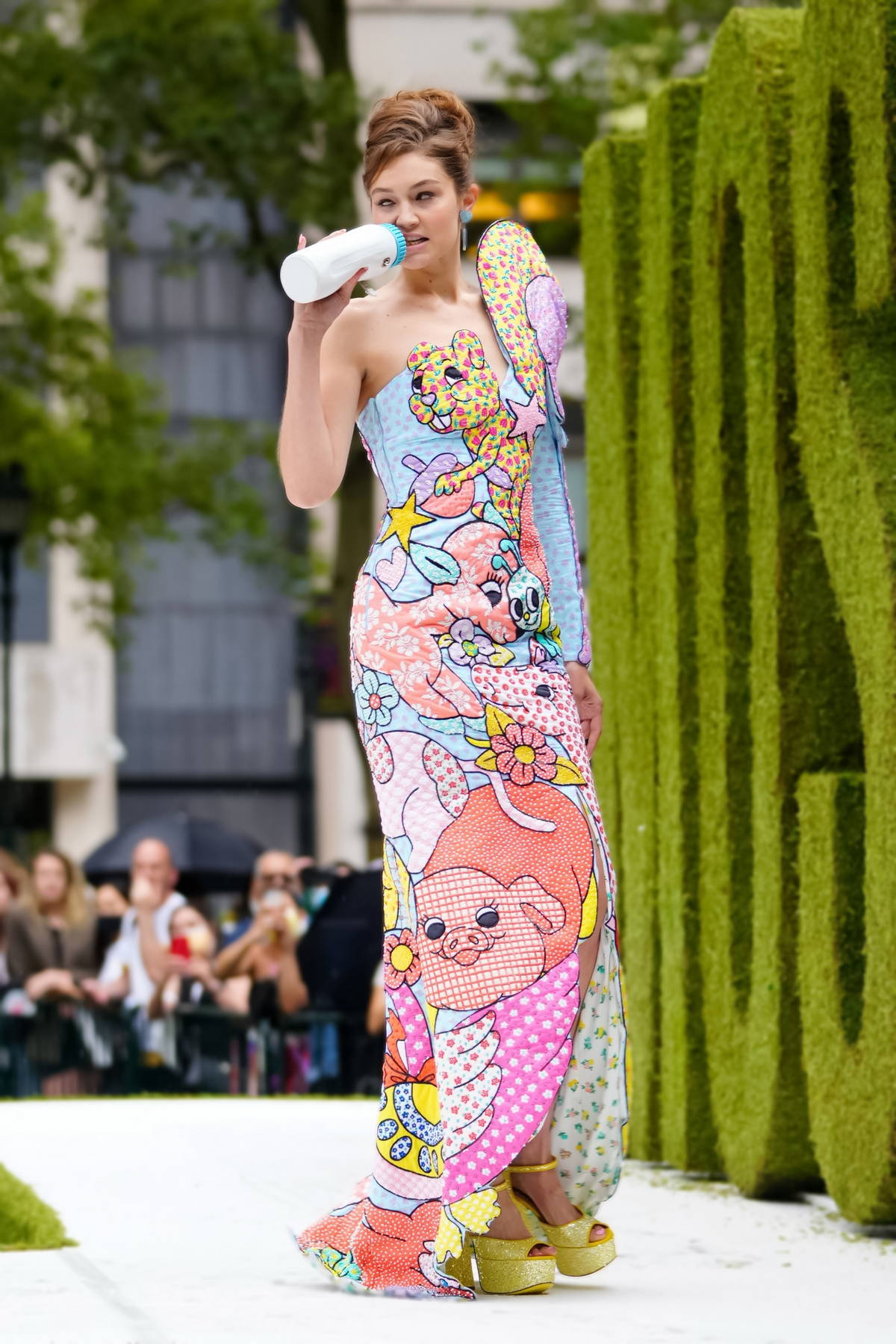 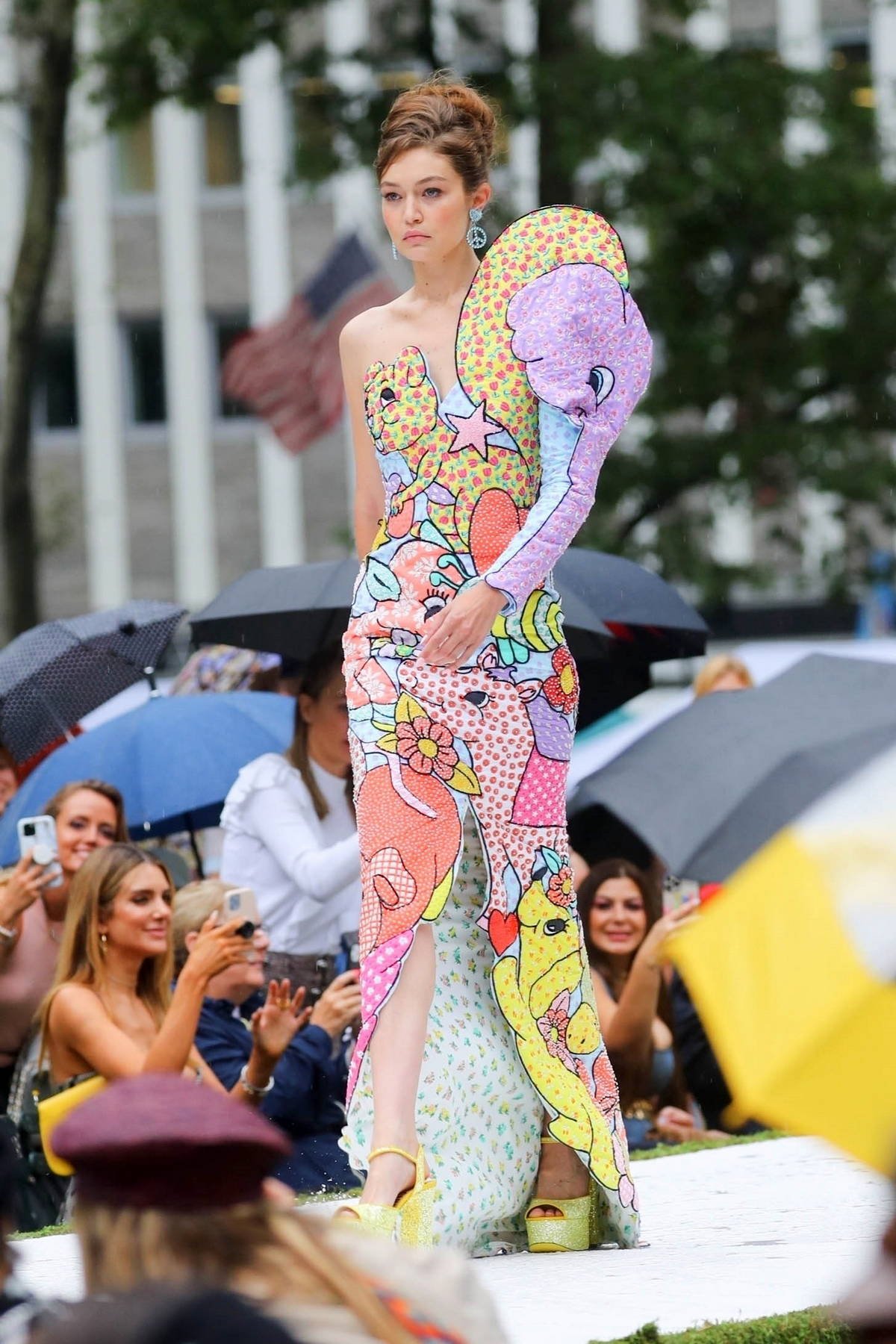 US actress Megan Fox proved this week that she is a fan of Lebanese footwear designer Andrea Wazen’s creations.

Fox, who shared pictures of the event with her  Instagram followers on Thursday, opted for a pair of clear pointed-toe heels with gold-strap detailing, called the Dassy Sunset PVC Pumps.

She matched her heels with a sporty pale yellow jacket and matching flared pants.

It is not the first time that Fox has worn Wazen’s designs.

Earlier this week, the “Transformers” actress shared photos on her Instagram wearing a pair of transparent shoes designed by Wazen that featured green criss-cross detailing.

In July, the star championed the designer’s lace-up Mandaloun heels in blue.

Wazen’s work has been spotted on a number of A-listers and it girls, including Katy Perry, Kylie Jenner, Jennifer Lopez and Hailey Bieber.